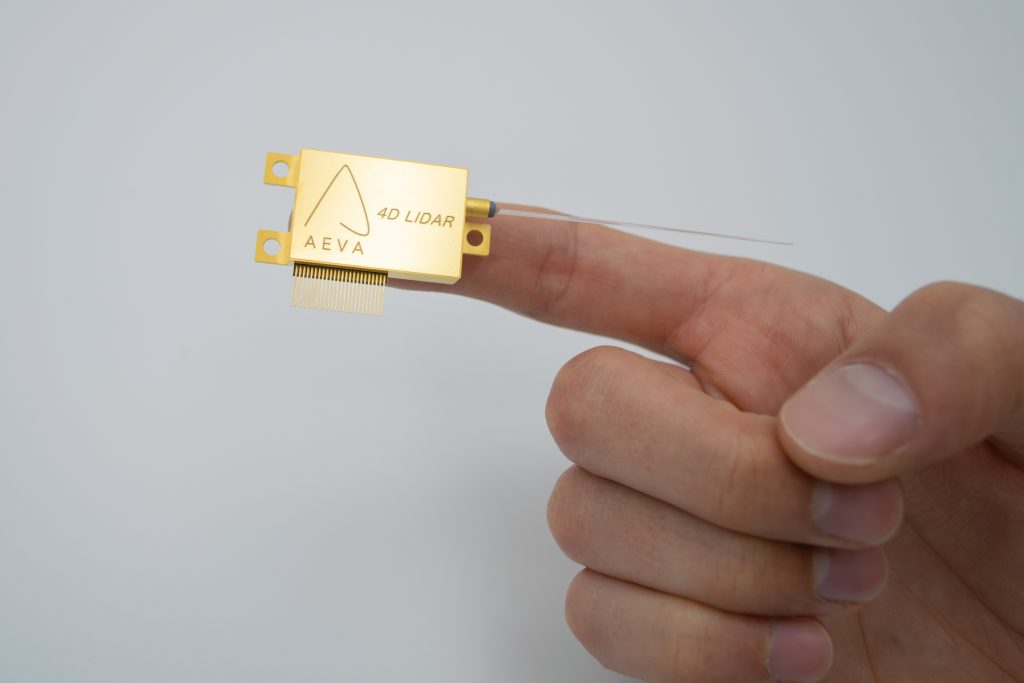 Aeva’s 4D LiDAR on a chip

MOUNTAIN VIEW, Calif.–(BUSINESS WIRE)–Aeva, the company building next-generation sensing for autonomous vehicles, announces the achievement of a critical milestone for the autonomous vehicles industry: Aeries, Aeva’s next generation Frequency Modulated Continuous Wave (FMCW) LiDAR system that integrates all the key elements of a LiDAR sensor into a miniaturized photonics chip. Aeva’s 4D LiDAR-on-chip significantly reduces the size and power of the device by orders of magnitude while achieving full range performance of over 300m for low reflective objects and the ability to measure instant velocity for every point– a first for the autonomous vehicle industry. Aeva’s LiDAR-on-chip will cost less than $500 at scale, in contrast to the several tens of thousands of dollars for today’s LiDAR sensors.

“One of the biggest roadblocks to bringing autonomous vehicles to the mainstream has been the lack of a high-performance and low-cost LiDAR that can scale to millions of units per year,” said Soroush Salehian, Co-Founder of Aeva. “From the beginning we’ve believed that the only way to truly address this problem was to build a unique LiDAR-on-chip sensing system that can be manufactured at silicon scale.”

What is Unique About Aeva’s Approach?
Unlike other LiDAR technologies, Aeva’s 4D LiDAR-on-chip measures the instant velocity of every point on objects beyond 300m. Aeva’s LiDAR is also free from interference from other sensors or sunlight and it operates at only fractions of the optical power typically required to achieve such long range performance, increasing the factor of safety and scalability for autonomous driving.

Aeva also differs from other FMCW approaches in its unique ability to provide multiple millions of points per second for each beam, resulting in ultra high fidelity data that has been unprecedented until today.

“Not all FMCW LiDARs are created equally,” said Mina Rezk, Co-Founder of Aeva. “A key differentiator of our approach is breaking the dependency between maximum range and points density, which has been a barrier for time-of-flight and FMCW LiDARs so far. Our 4D LiDAR integrates multiple beams on a chip, each beam uniquely capable of measuring more than 2 million points per second at distances beyond 300m.”

Vote of Confidence from Volkswagen Group and Porsche SE Investment
Porsche SE, a majority voting shareholder of the Volkswagen Group that is comprised of major brands including VW Passenger and Commercial Vehicles, Audi, and Porsche as well as Scania and MAN trucking brands, recently made a significant investment into the company, an endorsement of Aeva’s approach by one of the world’s largest car makers. This investment is Porsche SE’s only investment in LiDAR technology and expands on the existing partnership between Aeva and Audi’s self-driving unit.

“We have scanned the market closely and believe Aeva’s 4D LiDAR on a chip technology is the best LiDAR solution on the market, solving a fundamental bottleneck for perception in taking autonomous driving to mass scale,” said Alex Hitzinger, Senior VP of Autonomous Driving at VW Group and CEO of VW Autonomy GmbH. “Together we are looking into using Aeva’s 4D LiDAR for our VW ID Buzz AV, which is scheduled to launch in 2022/23.”

Aeries: Aeva’s Next Gen LiDAR Sensor for Autonomous & Highly Assisted Driving
Aeva’s next generation 4D LiDAR system, Aeries, features a 120-degree field-of-view at only half the size of Aeva’s first product. Aeries meets the final production requirements for autonomous driving robo-taxis and large volume ADAS customers and will be available for use in development vehicles in the first half of 2020. 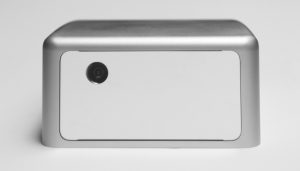 About Aeva
Aeva was founded in 2017 by Soroush Salehian, and Mina Rezk — previously engineering leaders at Apple & Nikon. Headquartered in Mountain View, California, Aeva is building the next-generation of sensing and perception for autonomous vehicles that is safe, simple, and scalable. Aeva is backed by leading investors including Lux Capital, Canaan Partners and Porsche SE. For more information, visit www.Aeva.com/.